Teerenpeli is nominated for the best whisky distillery in the world 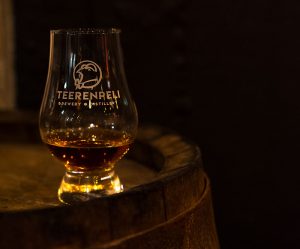 This is the first time that a Finnish distillery has been invited, so being nominated is already a huge achievement. Regardless of the final investment, it puts us in a league of the world’s best whisky makers, says Samuli Korhonen, general manager of Teerenpeli Brewery & Distillery.

The IWSC rewarded Teerenpeli´s whiskies with top notions already in the summer. Teerenpeli´s Kulo received 98 points out of 100 from the IWSC’s extensive panel of experts. In addition to Kulo whisky, Savu, which is Teerenpeli’s other whiskey, also won a gold medal in the ”lightly smoky whiskies” category at the IWSC competition in London during the summer. In addition to the gold medals, Teerenpeli won three silver and one bronze medal in the competition.

Well, that medal catch shows that we’re doing things right. It’s not just about one success, it’s about the professionalism that comes with long-term work. The invitation to the competition of the best whisky producers in the world, on the other hand, shows that it has been noticed and is genuinely appreciated, Korhonen says.

The rise of Lahti whisky on the world map is not only part of the wider dispersion of whisky production, but also an indication of the values that matter today – also in whiskies. According to an IWSC article, whisky is currently distilled and matured in more than 30 countries around the world, “all the way from Mexico City to Melbourne and Copenhagen to Costwolds”.

The Lahti-city is now on the same map. Indeed, the article states that the most interesting and popular whiskies at the moment come from “the most unlikely places”:

“New World whiskeys get their inspiration from the local culture, roots and environment. At the same time, they are inventing new ways to find exciting flavours and use local ingredients, ”the article writes.

Anssi Pyysing, an entrepreneur and CEO of Teerenpeli companies, agrees with that. He believes that the groundwater and local grain known for their purity in Lahti, as well as the reference to the roots of Finnish grain processing in the names of Teerenpeli whiskies, give Finnish whisky both a personal taste and an interesting exoticism.

Finnish raw materials are ideal for making whisky. It is great that these clean and responsibly produced flavours from the North are now also found in whiskies, he assumes.

The winner of the invitation competition will be named on 18 November. Normally, finalists are invited to a festive gala in London, but this year the award ceremony will be streamed online. In Lahti, however, we are already rejoicing today.

The nomination is the biggest achievement the Teerenpeli whisky distillery has ever had, so it is worth raising a glass of whisky today, Korhonen and Pyysing decide.