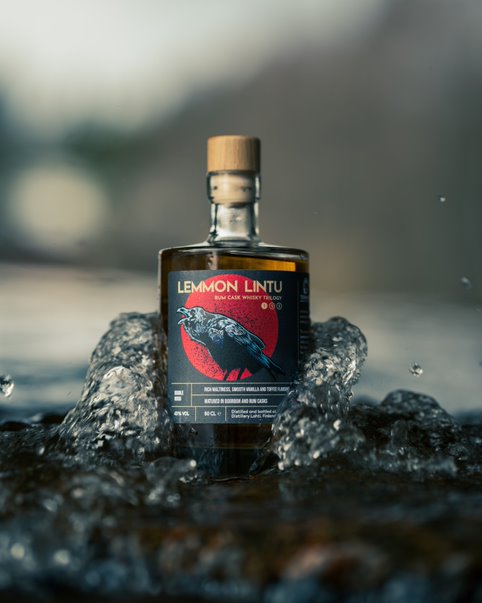 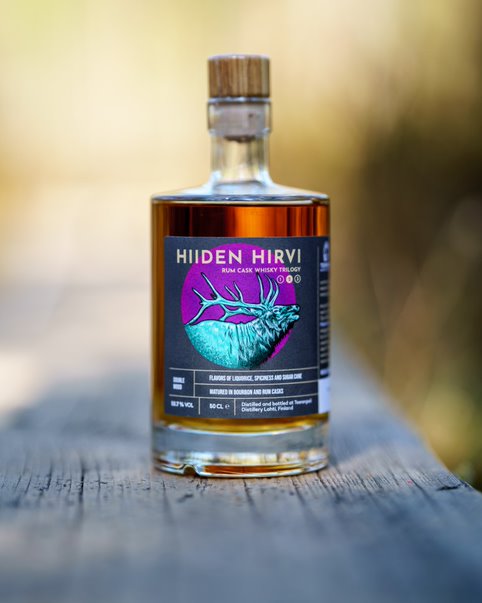 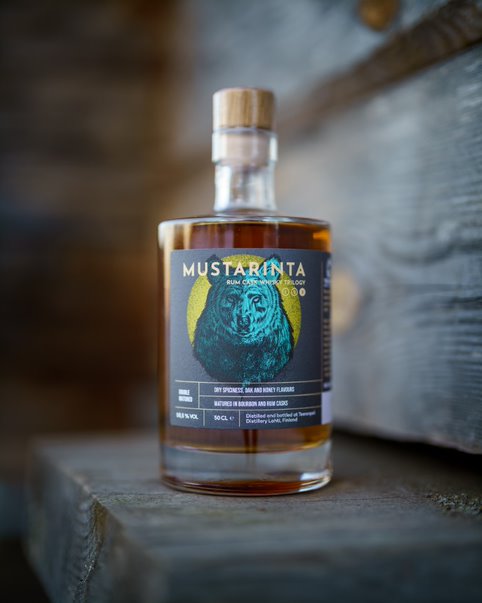 When we at the Teerenpeli Distillery started to finish the maturation of our Single malt whisky in Rum casks, we wanted to make a trilogy. As an experiment. As we know, during the centuries of the art of whisky making, the methods used are the results of experiments.In this whisky trilogy the maturing time lengthens as the series continues. At first all the whiskies have matured in ex-bourbon casks and then the aging process has continued in well selected ex-rum casks.The trilogy includes three unique whiskies: Lemmon Lintu, Hiiden Hirvi and Mustarinta.The names of the whiskies are from Finnish mythology, and they salute the respect that people had towards animals centuries ago. 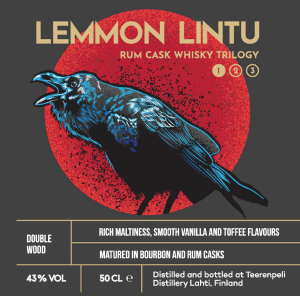 The raven in Finnish mythology is known as Lemmon Lintu, a Bird of Evil that was made of cinder and charcoal. The raven may have been the helper of ancient seers as parts of the birds have been found sewn into their coats. A flock of ravens was said to appear on the funeral day when a heathen was to be buried. It was believed that black birds were the souls of the lost ones and they came to claim one of their kind to the netherworld. 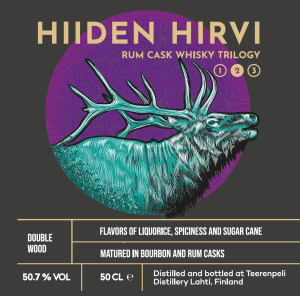 Ancient Finns held the elk in great esteem. So much so, that the people were divided into the Clan of the Elk and the Clan of the Bear. Hiiden Hirvi –­ the Elk of Hiisi – was a grim six-legged beast created from natural ingredients by vicious forest goblins. It run with unearthly speed and lead many hunters to their death. Väinämöinen, the hero of the Finnish national epic Kalevala, made strings to his instrument, kantele, out of the beast’s hair. 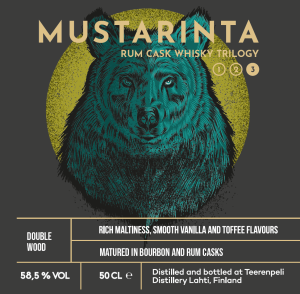 Bear has always been the undeniable king of the northern forests. This majestic beast was thought to be related to people and therefore considered a sacred animal. People believed that bear is able to hear what was spoken so itʼs real name was never to be mentioned. Hence it has dozens of nicknames in Finnish language such as Mesikämmen–Honeypaw, Metsän omena–Apple of the Forest and Mustarinta–Blackbreast.

The artwork and the design for the labels are by Kari Jokinen.